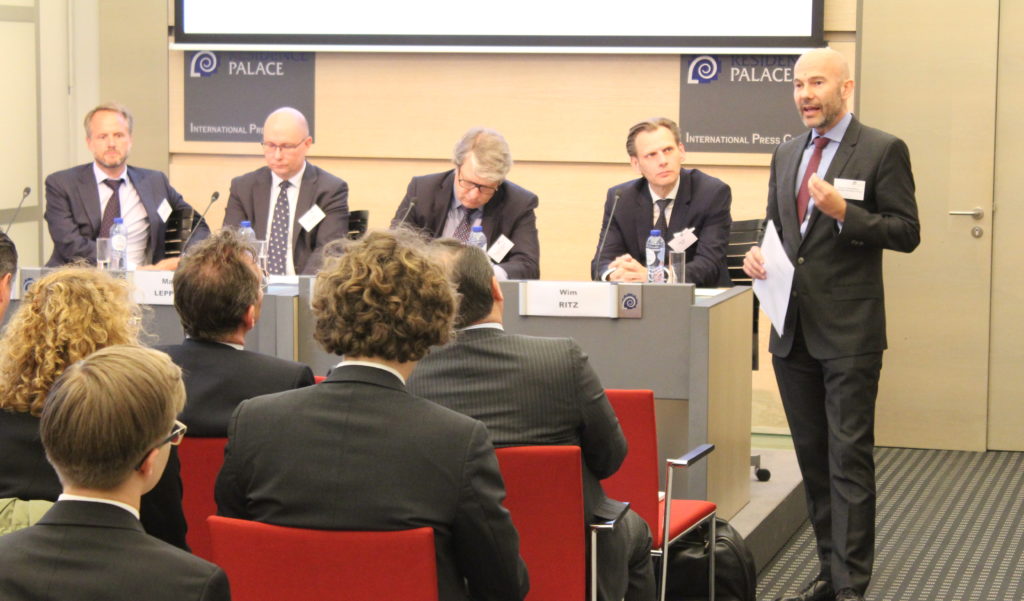 Brussels, 23/05/2018 – During an event organised by the Investment Facilitation Forum (IFF) in Brussels, SEO Amsterdam Economics presented the results of a research conducted on the role of investment hubs in the global economy. The research shows that five investment hubs, Luxembourg, Mauritius, Ireland, the Netherlands and Singapore, play a crucial role in facilitation global cross-border Foreign Direct Investment (FDI) flows, to developing economies in particular. The five hubs accommodate 35% of FDI towards least developed countries, thus significantly contributing to economic growth and tax revenues in these countries.

Serge Krancenblum, President of the IFF, “The fight against tax abuse and tax evasion is high on the political agenda, and rightfully so. At the same time, the investing community is concerned that catch-all provisions and regulations risk to reduce foreign direct investments. With this research, we aim to contribute to the understanding of investment hubs and the role they play in the global economy”.

Investment hubs in the global economy

The SEO report shows that Foreign Direct Investments (FDI) significantly contribute to economic growth and development. FDI is associated with more trade and higher productivity in receiving economies, and stimulates productivity in both developing and developed countries. The research furthermore finds that a selection of five investment hubs, Ireland, Luxembourg, Mauritius, the Netherlands and Singapore, represents 32% of global inward FDI stocks and 35% of global outward FDI stocks.

The five countries included in the research are clearly punching above their weight when it comes to facilitating investments, in total 32% of global FDI stocks are routed through one of the 5 hubs. The Netherlands and Luxembourg are exemplary in this regard. Although they only represent 1.1% of the world’s GDP, they account for 25% of global inward FDI, and 31% of global outward FDI.

Serge Krancenblum, President of the IFF, “These examples perfectly illustrate the difference between tax havens and investment hubs. Whereas with tax havens the money that flows in to the country is destined to stay there, this is not the case for investment hubs. With investment hubs, the capital only flows through and is put to productive use, in both developed and developing economies”.

The SEO research report concludes that, should investors no longer be able to use certain investment hubs, total FDI is likely to decrease through FDI destruction and diversion. As a consequence, productivity gains associated with FDI may be lost by FDI recipient countries, and investment opportunities may be lost by investors. In addition, effects on tax revenues arise. Reduced access to investment hubs can increase the effective tax rate – the short-term static effect being increased tax revenues in receiving economies. However, in the longer run, the dynamic effect will also reduce FDI and economic growth, with a negative effect on the future tax base and thus tax revenue.

After the presentation of the main research findings, experts joined the stage for a discussion that further clarified the role of investment hubs.

Matti Leppälä Secretary General of PensionsEurope, the European association of pension funds, highlighted the importance of investment hubs for his members: “Investment hubs benefit from a stable legal framework and a highly professional ecosystem. They allow pension funds to spread risks and diversify investments in growing economies in a reliable way, thus maximising the return for pensioners”.

Wim Ritz, Luxembourg Country Managing Director for investor services provider Vistra: “Investors need hubs to connect within the diversified international economy and legal frameworks in a compliant manner. By checking the source and origin of the funds and by ensuring that investors respect all local and international rules, Anti-Money Laundering regulations, reporting requirements etc., the service providing industry on investment hubs effectively act as compliance gatekeepers throughout the investment cycle”.