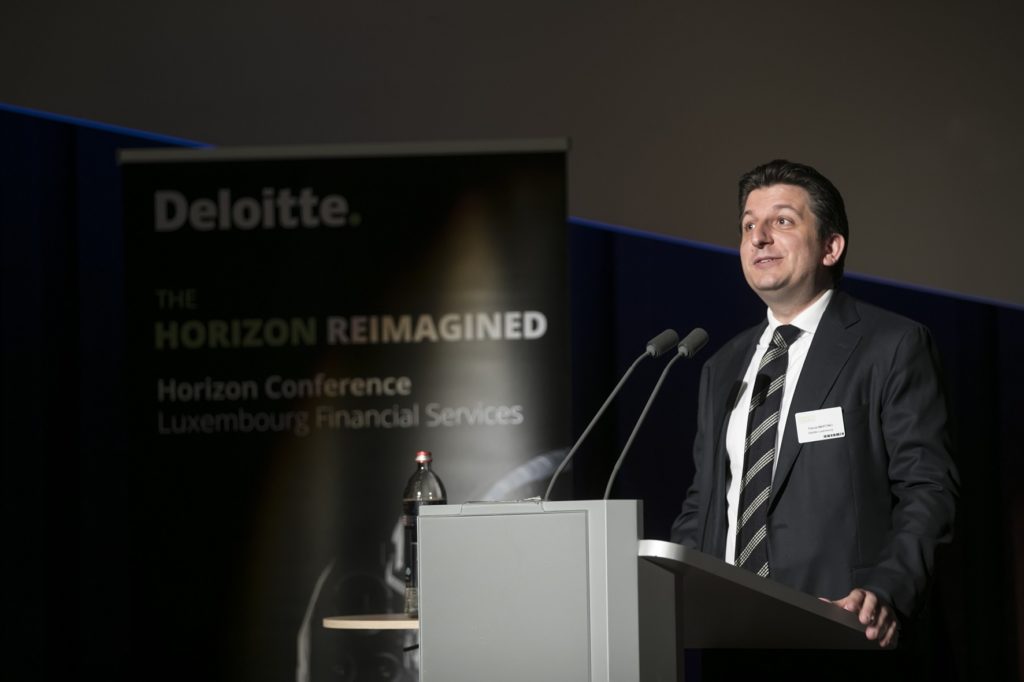 Deloitte Luxembourg invited the audience to reimagine the horizon and challenged conventional thinking during its popular Horizon conference Thursday.

Luxembourg, 4 May 2018: Deloitte Luxembourg organized the eighth edition of its annual Horizon conference in the Philharmonie on 3 May. In line with the conference’s stated objective, the event offered the audience an intriguing vision of the future of finance and the society as a whole.

A handful of internationally renowned speakers took to the stage to share their vision of the future and push the audience―mostly composed of representatives from the financial sector in Luxembourg―to imagine a business world that looks drastically different from today’s. The speakers dared the audience to embrace change and the opportunities presented by digital technologies, and play an active part in transforming their respective sectors.

“We organize the Horizon conference to push the audience out of their comfort zone and help them discover new ideas and different perspectives. This year, all the speakers were international and there is so much to learn from their insights and experience,” explains Pascal Martino, Banking Leader and Deloitte Digital Leader in Luxembourg. “Some of the speakers are successful serial entrepreneurs and their visions of the future may make part of the audience uncomfortable. However, the pace of change and the role of technology will only increase and the overall message of the conference is that we should embrace the future, and not hold on to the past.”

The speakers all had inspiring personal stories and clear messages to the Luxembourg audience. Ray Hammond, entrepreneur, author and futurologist, and Vusi Thembekwayo, entrepreneur, venture capitalist and motivational speaker painted a picture of a hyperconnected future society in which the internet of things will be the internet of everything, and the cashless economy and zero cost economy will disrupt traditional approaches. Anders La Cour, CEO of Saxo Payments, explained why his FinTech company chose Luxembourg to apply for a banking license, highlighting the innovation-friendly government and the stable regulator.

The conference also stressed the importance of looking beyond traditional frontiers and consider the enormous potential that emerging economies represent for Luxembourg.

Herman Van Rompuy, former Prime Minister of Belgium and former President of the European Council, outlined how he sees the future of Europe with its many challenges and complexities, while Katayoun Khosrowyar illustrated the business opportunities in Iran and encouraged Luxembourg to explore the region as part of its cross-border activities.

True to tradition, the conference was thought-provoking, and inspired and engaged the audience.