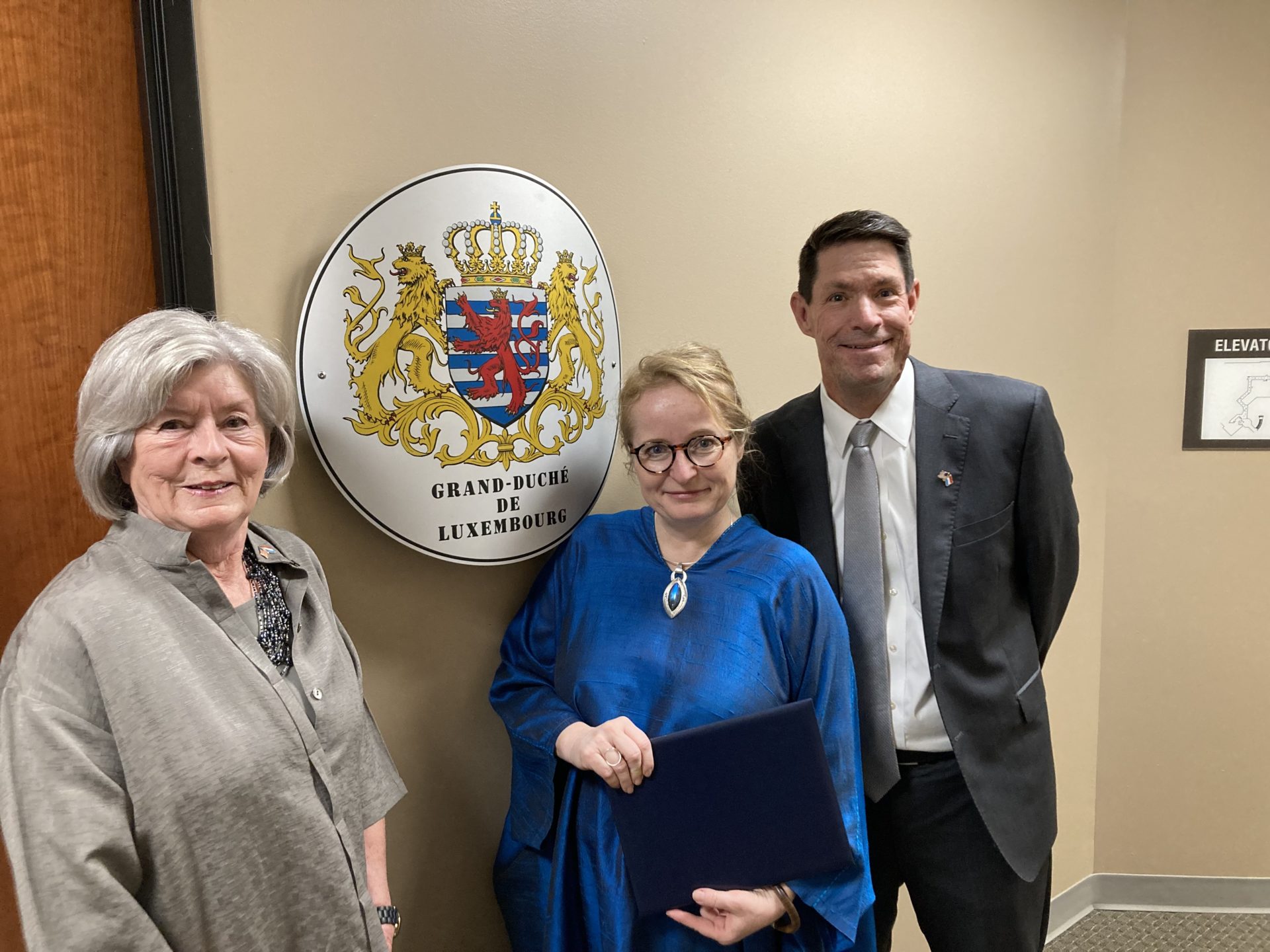 H.E. Nicole Bintner-Bakshian, Ambassador of the Grand Duchy of Luxembourg to the United States officially installs Paul Binsfeld as Honorary Consul to Arizona and New Mexico and meets with Arizona Leaders

SCOTTSDALE, ARIZONA, March 28th, 2022 – H.E. Nicole Bintner-Bakshian, Ambassador of the Grand Duchy of Luxembourg to the United States, together with Consul Frank Biever, officially installed Paul Binsfeld as Honorary Consul of Luxembourg to Arizona and New Mexico and completed a series of meetings with government officials and industry leaders to discuss opportunities for collaboration between Luxembourg and Arizona.

Ambassador Bintner-Bakshian, Consuls Biever, and Binsfeld had inspirational discussions and shared ideas with Governor Doug Ducey, the Arizona Commerce Authority, the Greater Phoenix Economic Council, TGen as well as business leaders. Common priorities of technology and innovation with a focus on sustainability were at the forefront of the discussions, in sectors as diverse as financial services, space research, mobility, cleantech, and health tech.

“I am impressed by the visionary development of Arizona and the great potential for cooperation in areas of shared interest,” Bintner says. “I am looking forward to cooperating with Paul Binsfeld, our new honorary consul on the ground to develop relations between Arizona and Luxembourg.”

“I am thrilled to be appointed the new Honorary Consul of Luxembourg to Arizona,” Binsfeld states. “And meeting with changemaking members of the Arizona community will help to advance the collaboration between the country of Luxembourg and the state of Arizona.”

“The role of Honorary Consuls is important in bringing the Luxembourg diaspora together,” Biever said. “Very often they are the first contact point for Luxembourg Nationals and associations in their consular district. Paul Binsfeld is the perfect choice to accomplish this important task.” 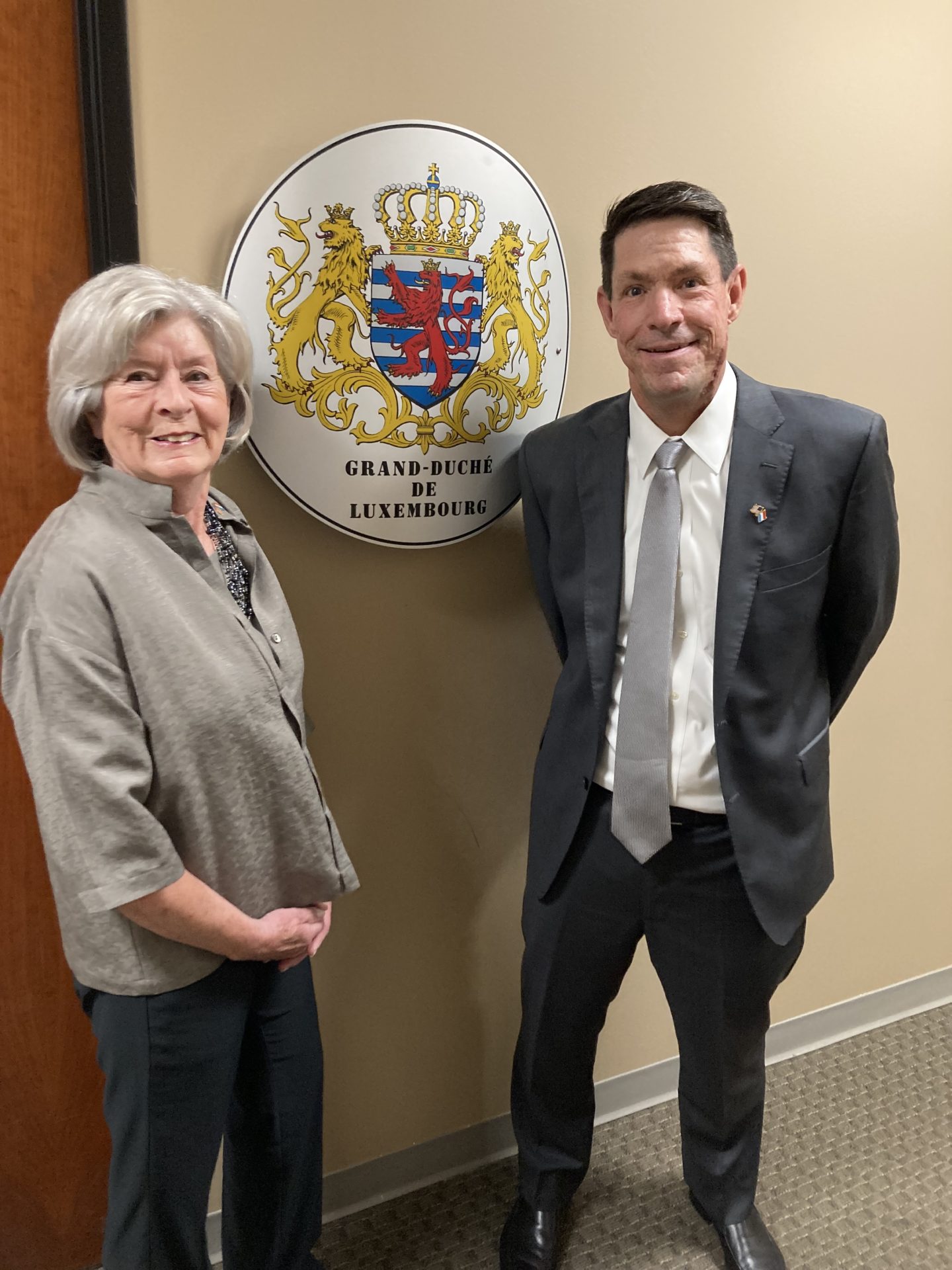 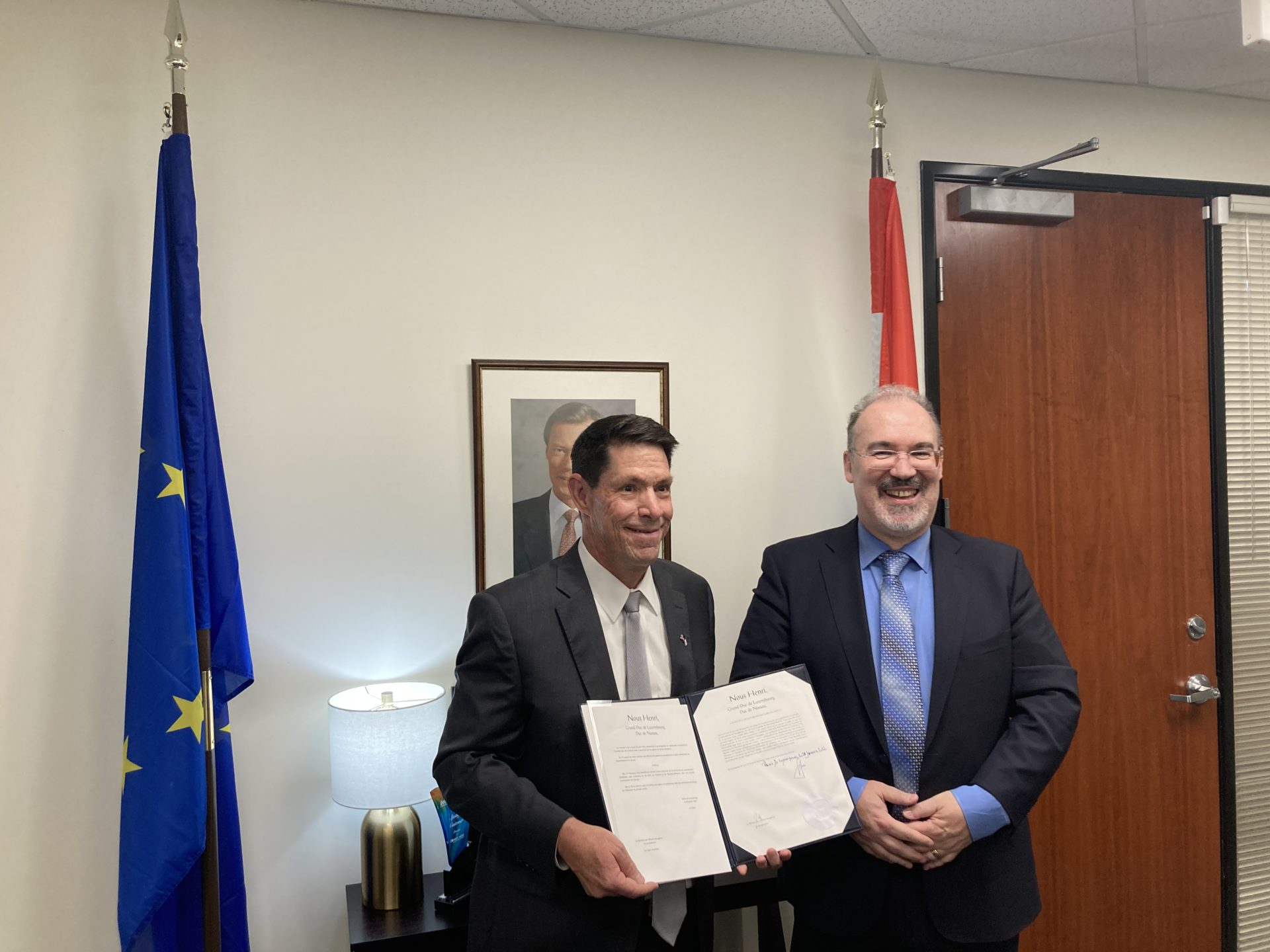 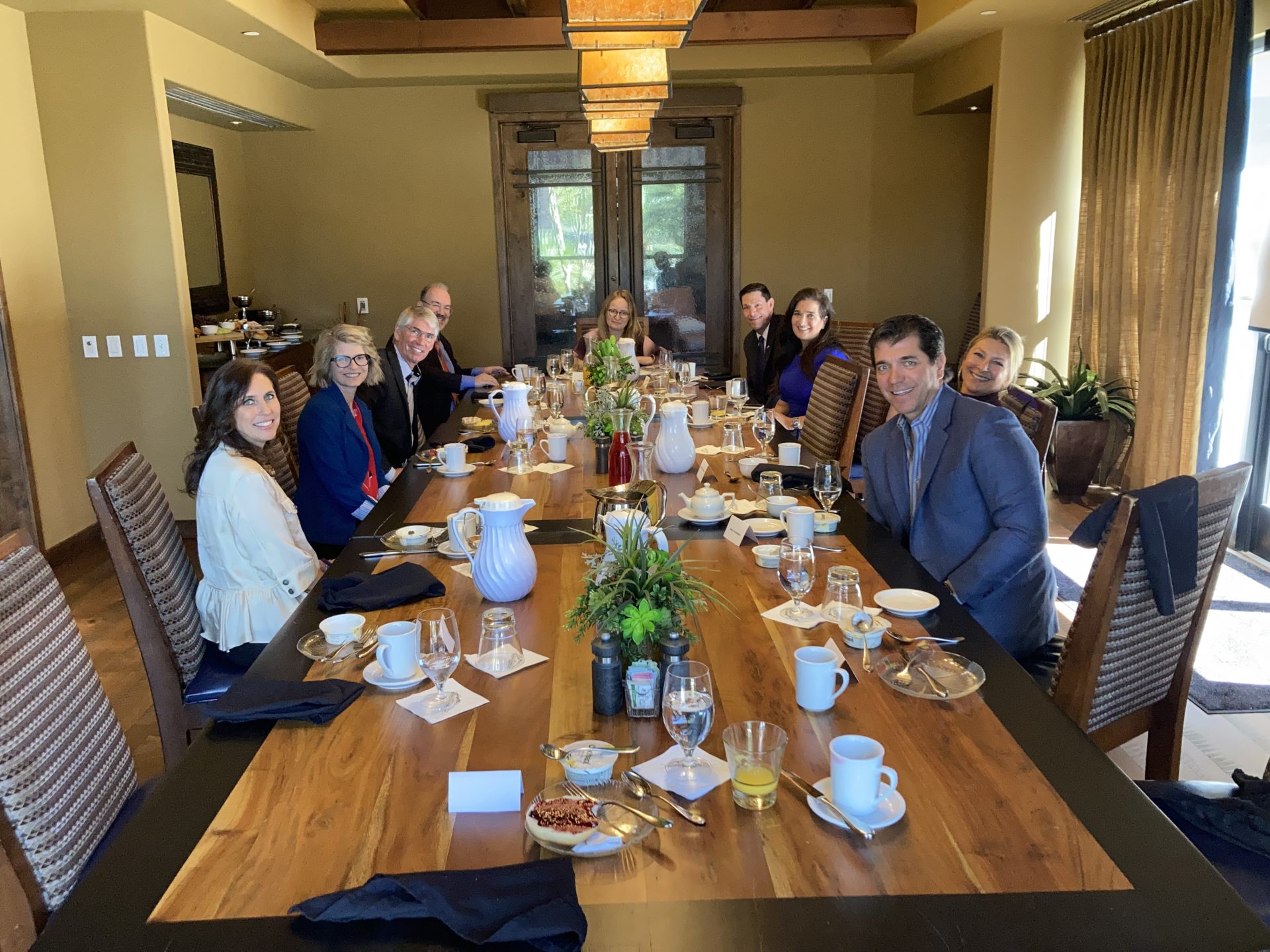