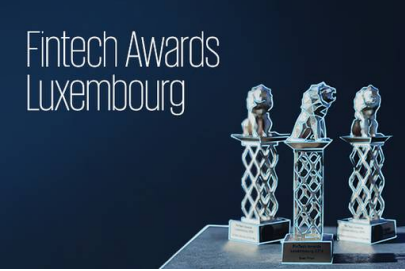 The organising partners of the Fintech Awards Luxembourg have opened applications for the 2018 edition of the competition. Rising stars from the fintech startup universe are invited to apply for several prizes and the chance to build their networks and credibility with senior decision-makers and CEOs from the Luxembourg financial services community. This represents real and tangible opportunities for them to acquire new clients for their solutions and businesses.

Georges Bock, a founding partner of the Awards and Head of Tax at KPMG Luxembourg, explained: “Judging by the buzz surrounding its third edition, the Fintech Awards have become a landmark event in the fintech sphere. The competition attracts startups from Luxembourg, of course, but also drives interest from abroad—thanks largely to the prizes and business potential, the prominence of the jury, and the increasing media attention the Awards and its winners get. Indeed, the first two editions have produced real success stories.”

“The driving theme of the Awards, at least for us,” Mr Bock added, “is to provide a meeting ground for disruptive, inventive technologists and established, experienced financial houses. This combination is the future of the industry.”

Nasir Zubairi, CEO of the LHoFT (Luxembourg House of Financial Technology), co-partner in the Awards initiative, commented: “The Fintech Awards are an amazing opportunity for fintech firms from across the globe to connect with the vibrant Luxembourg ecosystem and build credibility with the financial institutions here. In particular, the Luxembourg finance industry is hungry for solutions related to fund management, insurance, and private banking, as well as data science, AI, and regulatory and compliance technology (‘regtech’).”

“It was a pleasure to be part of the Fintech Awards Luxembourg!” commented Eugene Greenberg, CEO of getmeIns, last year’s second runner up. “It was a great experience as its organisation was outstanding, I met amazing people, I had a chance to chat with the Prime Minister of Luxembourg and the Minister of Finance, and the level and competencies of the jury were extraordinary.”

Bernadette Wijnings, CFO and co-founder of Blanco Services, and winner of the Women in Fintech Award at least year’s competition, added: “Definitely [would recommend the Fintech Awards]. It was the start of building our network in Luxembourg, it attracted investors, and it even helped us in hiring new talents for blanco. So I’m really grateful for winning the award.”

“The Fintech Awards provided us additional visibility outside Luxembourg,” said Frédéric Stiernon, CEO of CarPay-Diem, which won the Jury’s Coup de Coeur last year. “It is a great event because it involves actors both from Luxembourg and outside. It is a good way to see what other countries/start-ups do and it allows Luxembourg start-ups to be seen outside of the country. It is clearly one of the best start-up events of the place.”

Applications open until 1 May
Applications for the Awards opened on 1 March and will close on 1 May. Fifteen startups will then be selected to go through to Competition Day on 20 June, where they will be whittled down to seven finalists who will compete to be Fintech Startup of the Year. Prizes will also go to the first and second runner ups.

The winners will be announced during the awards ceremony and after-party on the KPMG Plage beach in Luxembourg on 20 June in the presence of the Luxembourg Prime Minister Xavier Bettel and Luxembourg Finance Minister Pierre Gramegna.

€50,000 in prize money, sponsored by Digital Lëtzebuerg
The startups will be competing for prizes designed to help them grow and develop their company in Luxembourg. Prizes include €50,000; four months of hosting at the Technoport coworking space in Luxembourg); 10 free consulting hours from KPMG; and a free LHoFT membership including six months of hosting at the LHoFT Fintech hub.

The Awards are organised by the LHoFT and KPMG Luxembourg, in collaboration with Digital Lëtzebuerg, the Luxembourg ICT Cluster, LuxInnovation, and Maison Moderne. You can apply for the awards at www.fintechawards.lu.