ExpiredTime to Talk – Who Will be the next US President? 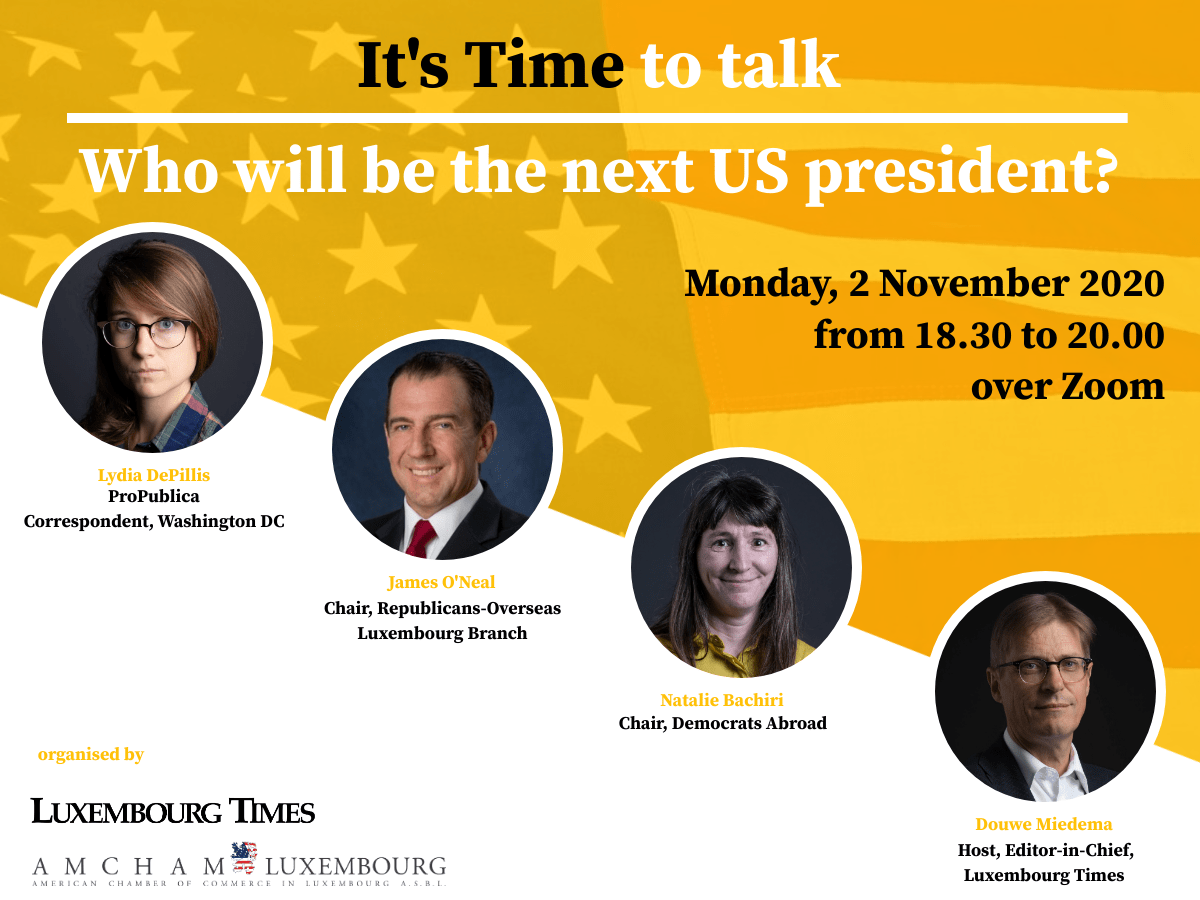 Amcham in partnership with the Luxembourg Times bring you a highly interesting discussion to the table, just who will be the next US President?

Joining the ” round table” we have:

Agenda for the Evening

19:00 – Round table Discussion with comments from James O’Neal and Natalie Bachiri moderated by the Luxembourg Times Editor in Chief, Douwe Miedema

Questions via chat will be discussed after the discussion from participants.

Lydia DePillis joined ProPublica in 2019. Before that, she covered national economics issues for CNN Business, Texas’ economy for the Houston Chronicle, labor and the workplace for The Washington Post, and the business, culture and politics of the technology industry for The New Republic. DePillis was also previously a real estate columnist for the Washington City Paper, where she authored its award-winning Housing Complex blog. Her work has appeared in the New York Observer, Pacific Standard, Slate and various trade publications. She’s from Seattle, and is based in Washington.

Time to Talk US Elections