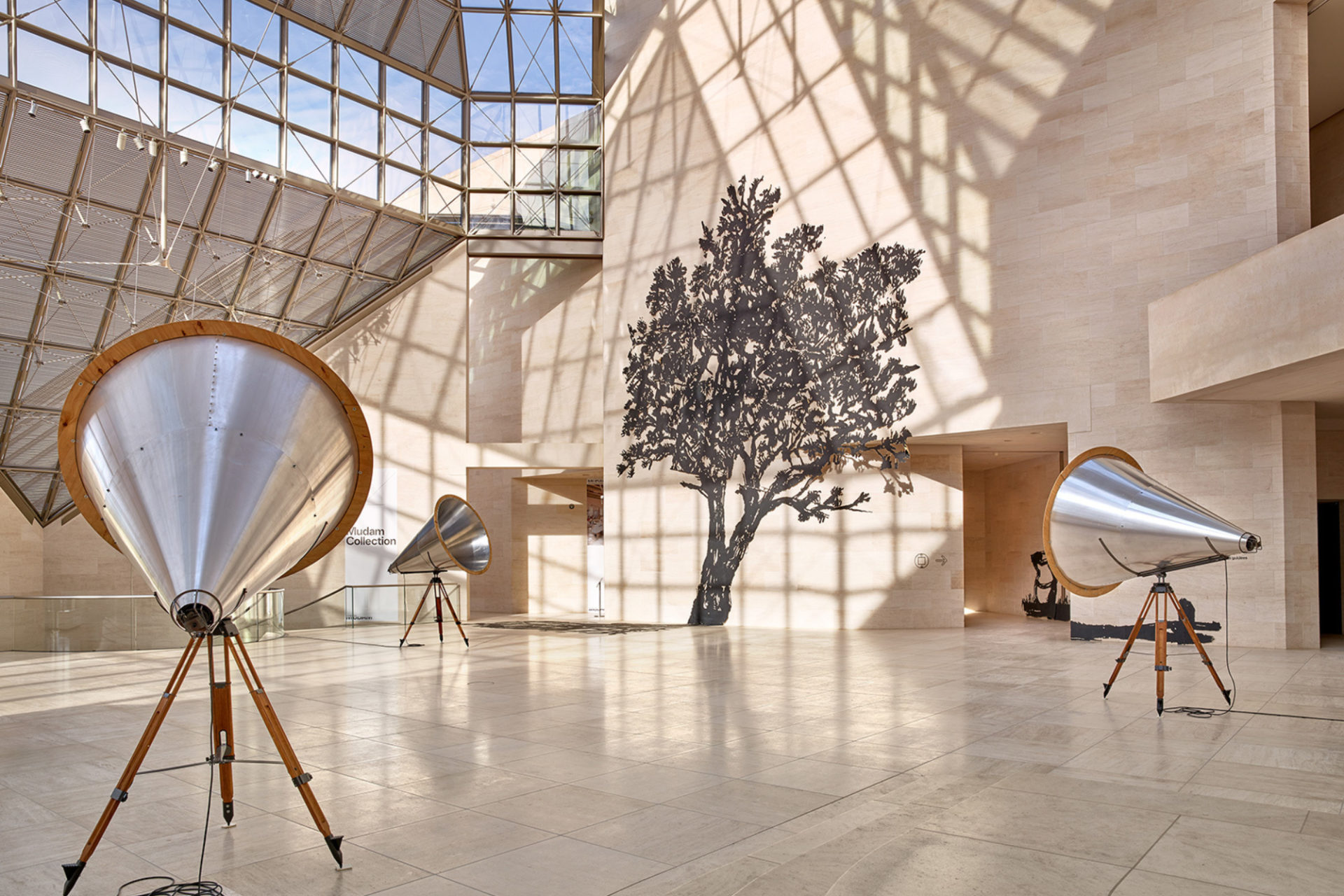 AFM is an organization that promotes Mudam, The Contemporary Art Museum of Luxembourg, on the American side of the Atlantic. An independent philanthropic organization, AFM supports and encourages the acquisition and donation of contemporary artworks and raises funds for the museum’s exhibitions and educational programs. Whether you are an individual or a company based in the United States, you can join the AFM and support the museum.

AFM has invited MUDAM to share with the LACC and Amcham Luxembourg a presentation about the museum as well as their current exhibit; William Kentridge ~ More Sweetly Play the Dance.  We will enjoy a short presentation introducing the museum and then shift into a conversation with artist William Kentridge, artist Denis Hirson, and Museum Director, Suzanne Cotter. Please see full bios of this spectacular panel noted below.

About the William Kentridge Exhibit:  Presented are drawings, sculptures, sound and film works that reveal the artist’s continued meditation on history and subjectivity, and on the construction of meaning, through images, language, sound, and time. In Kentridge’s universe, time is historic, geological, cinematic, and, especially, the time of the studio.

Suzanne Cotter has written for numerous exhibition catalogues and publications on contemporary art and has held guest lecturer and tutorial positions in museums and cultural institutions in Europe, the US, Middle East and South Asia. She is a Board Member of CIMAM since 2017 and a member of the Advisory Committee, College of the Arts, University of Coimbra. She was External Examiner for the MA in Contemporary Curating, Royal College of Art, London, between 2007-2010, a member of the Acquisitions Committee for the Fonds Régional d’Art Contemporain, Champagne-Ardennes, France from 2008 to 2011 and part of the Selection Committee for the Artistic Director of Documenta 14.

Grants and Awards include the Museum Award for Best International Projects, Association of Portuguese Museums, 2014, the Alice Award Artistic Landmarks in Contemporary Experience for Best Biennial: Sharjah Biennial 10. In 2009 she received an Arts Council of England Research and Professional Development Grant for curatorial research in the Middle East and greater Arab world, 2009. In 2005, Suzanne Cotter received the Chevalier de l’Ordre des Arts et des Lettres, awarded by the French Ministry of Culture.

Denis Hirson (1951, Cambridge) is a South African writer, lecturer and one-time actor, now living in Paris. Author of seven books, almost all of them at the frontier between prose and poetry and concerned with the memory of South Africa at the time of apartheid. These include The House Next Door to Africa (David Philip Publishers), as well as We Walk Straight So You Better Get Out the Way, best-selling I Remember King Kong (the Boxer), the poetry collection Gardening In the Dark; the novel The Dancing and the Death on Lemon Street (shortlisted for the Commonwealth Book Prize, 2012) and White Scars, a lyrical meditation on reading and its significance in our lives, runner-up for the Alan Paton Award for non-fiction in 2007 (all were published by Jacana Media).

William Kentridge (b. 1955, Johannesburg) has been making art for more than four decades. Anchored in the practice of drawing, his extensive oeuvre encompasses filmed animation, performance, theatre and opera. The MUDAM exhibition is the first of its kind in presenting Kentridge’s artistic production alongside works for stage and opera for the red bridge project – a collaboration between Mudam Luxembourg, the Philharmonie Luxembourg and the City of Luxembourg’s Grand Théâtre.
Known for his animated films that employ charcoal drawings made through a distinctive process of erasure and recovery, Kentridge moves across and between mediums and disciplines in a dynamic play of deconstruction and recomposition of visual forms. His work is resolutely narrative in its treatment of themes connected to history, time and the importance of absurdity in a world of pronounced certainties. Kentridge addresses these subjects through the lens of his native South Africa.
Presented in the MUDAM exhibition are drawings, sculptures, sound and film works that reveal the artist’s continued meditation on history and subjectivity, and on the construction of meaning, through images, language, sound, and time. In Kentridge’s universe, time is historic, geological, cinematic, and, especially, the time of the studio.