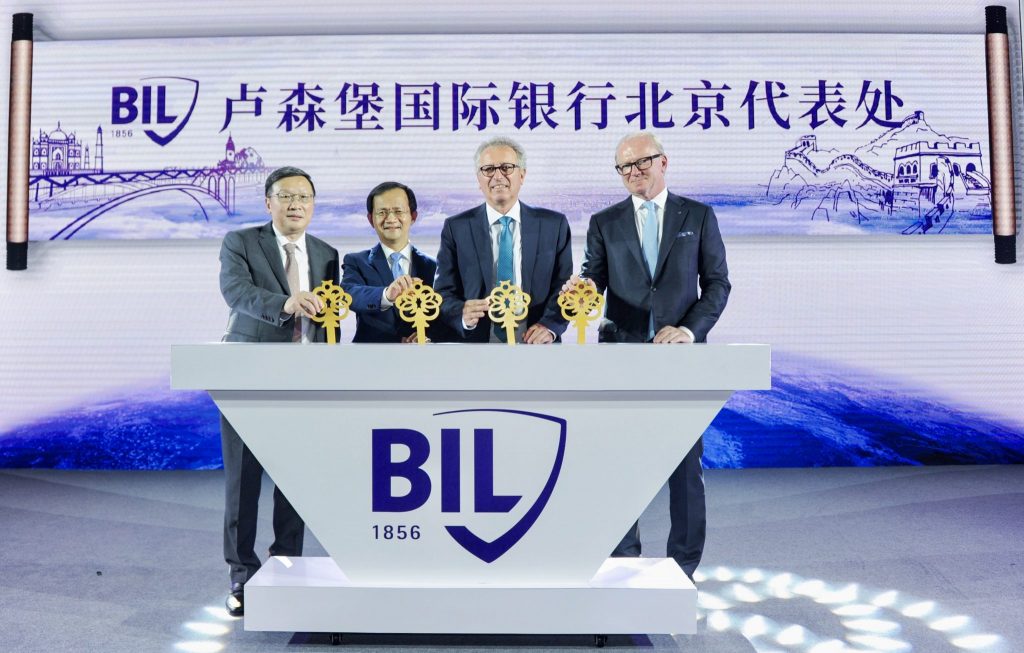 Luxembourg, 17 September 2019: Banque Internationale à Luxembourg (BIL) today announced the establishment of its Representative Office in Beijing. This makes BIL the first Luxembourg bank to open a representative office in China. The opening ceremony was held in the presence of Minister of Finance Pierre Gramegna.

With the arrival of Legend Holdings as its shareholder, expanding on the Chinese market was only natural for BIL. The bank aims to play a greater role in promoting business exchanges as well as economic and trade cooperation between China and Luxembourg. BIL has already established increasingly closer cooperation with Chinese companies and entrepreneurs to help them do business in Europe. In addition, BIL works closely with the Luxembourgish branches of Chinese banks.

Pierre Gramegna, Minister of Finance, Luxembourg commented: “A leading European financial centre, Luxembourg plays an important role as a gateway to the EU for Chinese financial institutions and as a hub for cross-border investment between China and Europe. The opening of BIL’s representative office in Beijing, the first by a Luxembourg bank, will further help to cement Luxembourg’s bridging role. With the backing of Legend Holdings, a solid and reputable shareholder, I am confident that BIL will be able to bring Chinese firms and investment to Europe and support European businesses and investors in China.”

Zhu Linan, President of Legend Holdings, added: ”China and Luxembourg, the world’s second largest economy and one of the world’s leading financial center, have strong complementarity to each other, especially when the current macroeconomic and political environment allows more further cooperation and win-win opportunities for both sides in all aspects. Benefiting from Luxembourg’s special position as a gateway to European markets, BIL can play a special role in promoting cooperation between China and Luxembourg and furthermore Europe.”

Luc Frieden, Chairman of the Board of BIL, said: “Although Luxembourg will of course remain the core market for BIL, China as a fast growing and leading economy offers great potential for our bank in the global economy. The representative office in Beijing will enable BIL to help strenghtening the economic relationship between Luxembourg and China,” stated

Marcel Leyers, CEO of BIL, said: “From our Luxembourgish and Swiss offices, we offer clients top-notch services thanks to country experts who master the specific business and regulatory environment. Our Representative Office in Beijing will help us provide tailored support to companies, business owners, and individuals in China who want to invest and develop their business in Europe”, commented.