On June 3, U.S. Ambassador to Luxembourg, Thomas M. Barrett, and Chairman and CEO Paul Schonenberg of the American Chamber of Commerce in Luxembourg led a group of Luxembourg-based Ambassadors from NATO-affiliated nations and international and local business leaders to visit Spangdahlem Air Force Base in Germany, hosted by 52nd Fighter Wing Commander Col. Leslie Hauck. This wing, alongside its NATO hosts, has been pivotal in providing strategic deterrence for the Alliance’s Eastern Front and throughout the region.

The visit was organized to strengthen the relationship between the Air Base and community in Luxembourg and surrounding areas, and to highlight the critical importance of investment in NATO’s collective defense and the U.S. military presence in Europe, particularly amid the recent invasion of Ukraine. During the event, participants visited the 52nd Fighter Wing, which provides full spectrum airpower to joint and allied commanders, including 5,000 mission-ready members and civilian personnel. Participants underscored their appreciation for the military personnel at the Air Base and the importance of their service.

“The vicinity of the war in Ukraine, just a two-and-a-half-hour flight away from Luxembourg, demonstrates how critically important facilities such as the neighboring Spangdahlem Air Base in Germany are to the common defense of Luxembourg and all NATO allies. NATO defense spending here supports one of the most critical strategic Air Force Bases in the world, with cutting edge equipment and aircraft, highly trained airmen and women, and provides full combat-ready airpower and resources to joint and allied commanders to defend and protect NATO territory. We thank Germany, Luxembourg, and our allies for their dedicated support of bases like these in Europe and celebrate the men and women bravely protecting them.”

“This visit is symbolic of our enduring commitment to our NATO Allies and partner nations as well as a collective sign of respect and appreciation. This is our unique way to demonstrate the immense capacity and value Spangdahlem Air base continues to provide. We hope to continue to fortify relationships with our Allies and partners to assure the mutual protection of the freedoms as well as the global stability and security that all our nations cherish.”

“Just a 20–minute flight north of Luxembourg, Spangdahlem Air Force base in Germany is a community of over 10,000 U.S. military and civilian employees and their families at a military airport where fighter and cargo aircraft fly every day, dedicated to a NATO mission to ensure our collective safety and freedom. AMCHAM is honored to highlight this story by bringing a group of 40 Luxembourg business leaders, private pilots, and NATO-affiliated Luxembourg-based Ambassadors on a fly-in visit for a Wing mission briefing and orientation. Seeing the strength of military capability and meeting the hard-working, dedicated professionals at the base was a memorable and eye-opening experience, honored by each of the 10 Ambassadors gifting a national flag to the Wing in a moving ceremony of appreciation and thanks. This was a wonderful day for all concerned! “

U.S. Air Forces in Europe (USAFE), with headquarters at Ramstein Air Base, Germany, is a major command of the U.S. Air Force. It is also the air component of the U.S. European Command, a Department of Defense unified command.

The United States Air Force 52d Fighter Wing (52 FW) is based out of Spangdahlem Air Base, Germany. The 480th Fighter Squadron (480th FS) is USAFE’s only suppress enemy air defense (SEAD) squadron, providing airpower operations to NATO, EUCOM, and AFRICOM with a “Combat Ready” F-16 squadron prepared to deploy combat airpower in support of Joint, NATO & coalition taskings for a spectrum of contingencies and operations.

For more information, please contact the Public Affairs section at the U.S. Embassy in Luxembourg at +352 46 01 23 21/ 24 or at LuxembourgPublicAffairs@state.gov 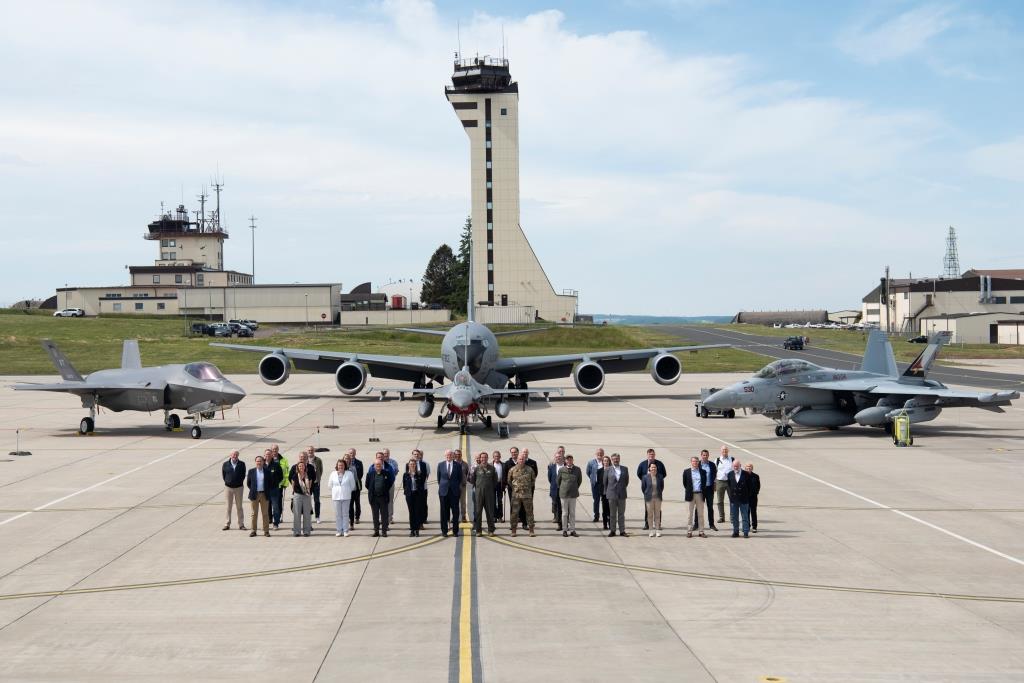 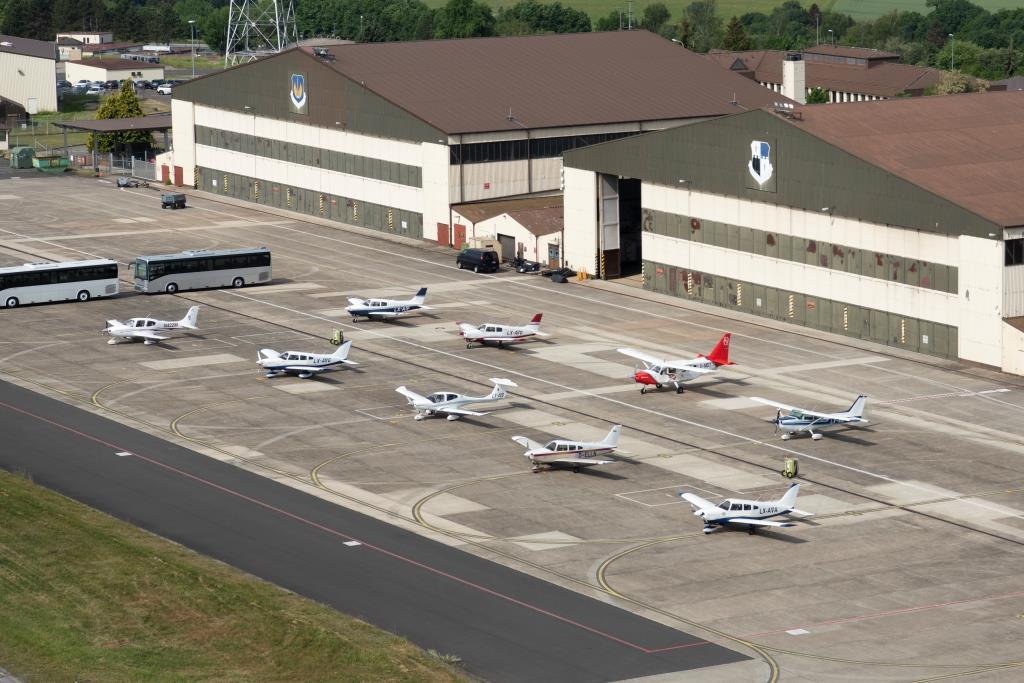