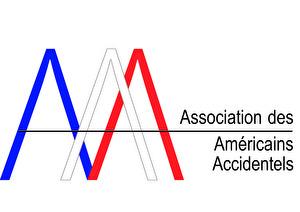 LUXEMBOURG— On 2 April 2021, the Accidental Americans Association (AAA) filed an appeal with the Luxembourg Administrative Tribunal against a decision of the Luxembourg tax authorities (ACD) to refuse to halt transfers of personal data under FATCA. The AAA considers such transfers to be illegal and asks the Administrative Tribunal to submit several preliminary questions to the Court of Justice of the European Union on the compliance of these personal data transfers with the GDPR.

Under FATCA, US legislation with extraterritorial effect, financial institutions worldwide are obliged to transmit financial account information relating to customers who have been identified as US Persons, including accidental Americans, i.e. persons whom US law deems to be American citizens but who have only a tenuous connection with that country. Most countries have signed intergovernmental agreements (IGAs) with the United States implementing FATCA. In most cases, the national tax authorities act as an intermediary for relaying information from banks to the US Internal Revenue Service (IRS).

The AAA considers these massive and automatic data transfers to violate European and national laws on personal data protection and privacy, including the General Data Protection Regulation (GDPR). This violation of fundamental rights is particularly damaging to accidental Americans, who did not choose to be US citizens. “The basic problem is that EU Member States must breach their own laws in order to comply with US law“, says AAA president Fabien Lehagre. “This is just one example of the adverse effects of the extraterritoriality of American law.” The AAA is also awaiting a decision from the European Commission on whether it will haul France before the EU Court of Justice after the French Council of State refused to recognise the illegality of FATCA-mandated personal data transfers. The AAA has also filed a lawsuit in Belgium and Luxembourg in order to put a halt to the transfers.

Fabien Lehagre founded the Paris-based AAA in 2017 to defend accidental Americans against the undesirable effects of FATCA. The association now has 1,200 members. There are millions of accidental Americans around the world, many of whom have never lived in the US or worked or studied there. They often do not even have a US Social Security number. The term accidental American did not exist before FATCA. Until then, most of these individuals did not know they were US taxpayers. Eritrea is the only other country in the world that bases its tax system on citizenship rather than residency.