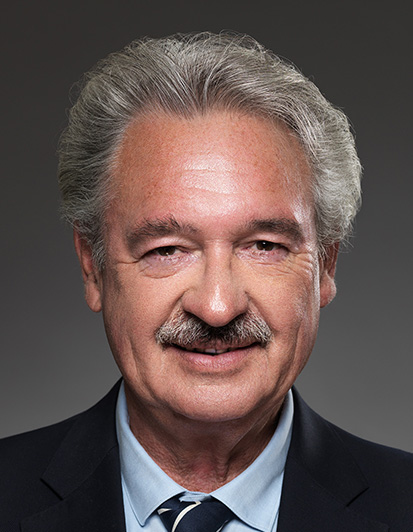 Amcham: Within the global ecosystem of countries, how does Luxembourg see itself: What are its strengths and weaknesses?

Minister Asselborn: Luxembourg prides itself to be a reliable, dynamic, and open country; those values are cherished and promoted by our people and other stakeholders active in our country. We are reliable because of the quality of Luxembourg’s public infrastructures, our solid legal framework and our health and social security system. We are dynamic, not only in economic terms, but also in our vibrant cultural and social opportunities. And finally, we are open to the outside world, which is also reflected in our continued multilateral engagement. All three values are what defines us and what makes Luxembourg a unique country that attracts people and businesses alike. I think we can be very proud of that.

What is the principle overriding objectives of Luxembourg foreign policy and what is the current status for achieving those objectives?

The aim of our foreign policy is to defend the interests of our country and its citizens; that is, to guarantee our sovereignty, independence, freedom, and peace, to further the prosperity of our country and improve the wellbeing of our society. Of course, we know that a country like Luxembourg cannot achieve that objective on its own. It is only in the framework of a strong Europe and a world order based on the rule of law that we can “remain what we are” and at the same time develop as a peaceful, economically dynamic and socially just country. Therefore, universal values such as freedom, human rights, human dignity, democracy, and the rule of law are inextricably linked with our interests. Which is why we will always be committed to championing these values, at home, in Europe, and beyond.

As you might know, Luxembourg has a 3D approach to foreign policy, meaning that we combine diplomacy, development and defense in one single Ministry to ensure a holistic approach in our activities. At the core of our foreign policy is also our belief that multilateralism is crucial in surmounting global issues. Luxembourg, as a founding member of the European Union and the United Nations has long been engaged in ensuring an effective multilateral system. This has been showcased for example during our mandate on the UN Security Council in 2013-2014. During that time I believe we were able to emphasize our role as an honest broker and a reliable partner. We are building on that achievement with our current candidacy to the UN Human Rights Council for the term 2022-2024.

Who does Luxembourg see as its principle international allies and for what reasons?

Who does Luxembourg see as its principal adversaries and for what reasons?

I would like to answer these two questions as one if I may. I don’t think it serves our foreign policy objectives to think of international relations as binary. They are not divided into allies and adversaries. Luxembourg prides itself to be a multilateral actor in the true sense of the word: we are stronger if we handle global issues together, and Luxembourg is ready to work with partners who share that belief.

What does Luxembourg see as the principal benefits and challenges of its membership in a United Europe?

For centuries, Luxembourg’s fate as a trans border territory par excellence has been shaped by its geographic position and political environment. Its small size and consequently small market have naturally induced it to seek openings with its neighbouring countries and within multilateral organisations. The European Union has provided Luxembourg with a framework that, over successive enlargements, has progressively opened itself up to the world, and has ultimately conferred upon Luxembourg the ability to develop a political and economic outreach stretching well beyond its immediate surroundings. That being said, the principal benefit of Luxembourg’s membership of the EU is doubtlessly that we are part of a community of values that is more than the sum of its parts. As a founding Member State, Luxembourg has contributed substantially to the development of European integration on the continent. However, recent developments such as Brexit have shown that this process is not irreversible. The challenges for the future will be to safeguard our common European achievements based on the four freedoms, to uphold and to promote our values as a Union, as well as to run an open and competitive European economy on the world stage.

We understand that Luxembourg has some issues with Poland and Hungary related to press freedom and other issues. Can you explain these differences more clearly and the steps required to bring things back into harmony?

We share the concerns of the European Commission and the European Parliament as regards the situation of the rule of law in Poland and Hungary. They pertain inter alia to the independence of the judiciary, attempts to limit the freedom of the press, restrictions placed on civil society and academia, as well as LGBTI and minority rights. For instance, in Hungary, the recent decision not to extend Klubrádió’s broadcasting licence has prompted a firm response from the European Commission and the International Press Institute.

As regards Poland, according to a recent ruling of the European Court of Justice the successive amendments to the law on the National Council of the Judiciary are liable to infringe EU law.

Luxembourg is convinced that rule of law issues need to be addressed in the Council, under the so-called article 7 procedure, for as long as the serious concerns about the situation in Hungary and Poland have not been resolved. Luxembourg also welcomes new European initiatives to strengthen the monitoring of the rule of law situation in all Member States, such as the annual cycle on the rule of law and the Commission’s report on the topic. Although Luxembourg advocated a stronger conditionality clause regarding rule of law in the context of the EU’s long-term budget, we hope that the compromise which has been found will enable the Union to better protect its financial interests regarding possible shortcomings in the rule of law and the use of EU funds.

The last four years were quite challenging. For seven decades the transatlantic partnership has been the bedrock of the post-World War II international order grounded in the United States and Europe’s shared commitment to freedom, democracy, human rights, rule of law and open trade. Since the end of the Second World War, American policy towards Europe has been characterized by extraordinary continuity. American presidents have all supported European unity. More importantly, American presidents have always seen in Europe a common set of values and a crucial partner for strategic interests. This changed with Donald Trump. He came to power at an awkward time for Europe: less than a year before, Britain had voted in favor of leaving the EU, thus opening a period of uncertainty and doubt as to the political stability in Europe. To make things worse, Trump had been one of the most enthusiastic supporters of Brexit and cheered the decision made by the British voters. Trump never concealed his skepticism towards Europe. Never before had Europe been subjected to so much criticism or neglect by an American president.

Beyond the transatlantic partnership, the erosion of the commitment to multilateralism in the US during the Trump era was also devastating. The view that multilateralism comes at the expense of America’s interests led to a number of decisions in the Trump administration against the benefits of multilateralism.

Luxembourg, as a Member State of the EU, has been affected by the decisions of Donald Trump. Still, on the bilateral level, we were able to stay connected and to develop our relationship and cooperation in a number of areas: space is a good example. The memorandum of understanding on space cooperation signed in May 2019 is an important milestone in our bilateral relationship.

With Joe Biden, a new era has begun. We should not look at the past, but we should rebuild our relationship taking into account what John Kerry, former Secretary of State, said in October 2016: “I cannot emphasize too strongly the twin propositions that unity within Europe, and partnership between the United States and Europe, remain absolutely indispensable to global security and prosperity.”

What steps are in work or hoped for to improve bilateral US/Luxembourg relationships?

The Biden administration is building up and we need to connect with the new actors in Washington D.C. I am looking forward to working with Secretary Antony Blinken and with John Kerry, as President Biden’s special envoy for climate.

From a European point of view, I welcome President Biden’s speech at the Munich Security Conference. Biden’s remarks were inspiring and there is no doubt about his determination to overcome the disruptive policies and actions of his predecessor. He made clear that he will support the goal of a Europe whole and free and at peace.  He is fully committed to building back better the economic foundations, to reclaiming America’s place in international institutions, to lifting up western values and speaking out to defend them around the world and to revitalizing America’s network of alliances and partnerships that have made the world safer for all people. Biden underlined the need to coordinate multilateral action to address COVID-19, the global economic crisis and the accelerating climate crisis. This is music to our ears and we look forward to contributing fully to these objectives.

The reengagement of the Biden administration with multilateralism and, in particular, the Paris Agreement, offers many opportunities for closer cooperation. One of those areas regards climate change. Luxembourg acts as a leading international platform for sustainable finance, supporting a range of activities from responsible investment funds and blended finance to green bond listings and ESG fund labelling. We stand ready, on the bilateral and the multilateral level, to work with the United States to develop and promote the financial tools to fight climate change.

In your years as the Luxembourg Foreign Minister, how has your vision of the world evolved?

The world has of course changed since I became Foreign Minister in July 2004. The international environment was different then, before the financial crisis of 2008, before the migration crisis of 2015, before the COVID-19 pandemic. Today, populism is on the rise and multilateralism is frequently challenged and questioned. This makes our work harder. However, while we have to remain aware of these challenges, we have to make sure they don’t paralyze us. It is crucial that we continue to work towards a more effective multilateral system and keep promoting the protection of the norms and values that are important to us. I’m confident that the election of President Biden and the policies his administration is starting to implement will bring the positive impetus that we all need right now. I hope that, working together, we will succeed in making the world a better place for our children and our grandchildren.

How do you see the positioning of Luxembourg five years from today and what steps  are you and your colleagues taking to achieve that positioning?

On a domestic level, we will do our best to continue to practice what we preach internationally: remain an open and reliable environment for people and businesses that choose Luxembourg for their activities. In 2019 we adopted our second national action plan for business and human rights covering the period from 2020 to 2022 to ensure that our international human rights obligations are also upheld by our businesses.

One thing is certain: in the next five years and beyond, Luxembourg will continue to be an outspoken advocate of multilateralism and universal values, both at home and abroad.

Thank you very much for this interview Minister Asselborn!