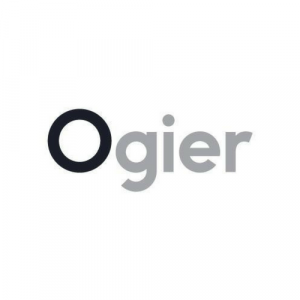 The last 10 years have seen Ogier, which was the first offshore firm to set up a presence in the jurisdiction, grow its Luxembourg team from two to seven partners, with a headcount now of more than 60 people. The office has delivered year-on-year growth, significantly outstripping organic growth rates both in Luxembourg and in other international investment domiciles.

Practice partner Bertrand Géradin said that Ogier was the first offshore firm to recognise the importance of Luxembourg as an international investment domicile.

“We recognised that our global network of offices put us in a unique position to apply an international perspective to the complex needs of our clients. This was true 10 years ago and, as we’ve continued to expand our footprint – most recently with our merger with Leman in Ireland – it proves to be even more true today,” he said.

“Our move in 2012 was a bold and innovative one and that sense of dynamism and ambition, which characterised the start-up phase of our operation, continues as Ogier continues to mature and strengthen its market position in Luxembourg.”

In the last decade, Ogier in Luxembourg has successfully cultivated a strong following and developed a reputation as a market leader, particularly in the fund finance space. The firm has seen huge client demand for its CAYLUX offering, an innovative collaboration between its Cayman and Luxembourg fund finance teams, which can seamlessly provide Luxembourg legal advice from across European and US time zones.

Another driver behind the firm’s success has been its ability to anticipate and adapt to Luxembourg’s shifting legal landscape, including the launch of the Alternative Investment Fund Managers Directive (AIFMD), and increased regulation in regard to ESG and sustainable investment. Ogier’s commitment to consolidating its expertise through hiring top talent, across all levels, has allowed the firm to meet client demand and stay close to their needs.

“Change happens and the choice that you have, as an individual or as a business, is how you respond to the challenge of change. I think that as a business, we have a consistently change-positive mindset. It’s one of the things that we look for when we recruit people. We’re looking for people who see change as opportunity, rather than as a threat,” said Bertrand.

“I think the challenge for us is to keep building our reputation in Luxembourg, and make sure we remain a place where people like to come and work every day.”