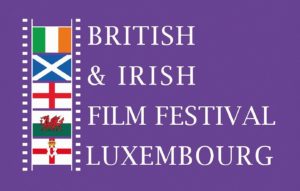 G-Media sarl, with the support of the Irish Club of Luxembourg, today announced the launch of the 13th annual British & Irish Film Festival Luxembourg to be held over nine days from Friday 16 September until Saturday 24 September 2022, in an in-cinema format.

The film festival provides a unique opportunity for viewers to experience a wide selection of new films from Britain and Ireland. The 9-day event will include 13 feature-length films from a cross-section of genres and representing mainly independent cinema, as well as a couple of short films. In addition, there are three special events being held midweek, including two seminars plus a special “Solidarity with Refugees” event.

The British & Irish Film Festival Luxembourg will have screenings across two venues, Ciné Utopia in Limpertsberg and the Cinémathèque in Luxembourg-ville and will open with the screening of “The Phantom of the Open”, an English drama set in the background of golf, and will close with the Irish production “Joyride”, a comedy drama set in the Irish countryside. All films will be receiving their Luxembourg premiers during the festival, with the Luxembourg documentary “From Iraq to Ukraine: Every Picture Tells a Story” having its World Premiere.

Geoff THOMPSON, Festival Organiser, addresses the challenge of organising a festival in 2022 when the world is exiting the COVID-19 pandemic. “2020 saw a drastic slowdown in films being shot, with significant restrictions in 2021 not enabling the industry to fully get back on its feet until recently. While writing could continue, production and post-production was deeply affected. As a result, the number of films available now for screening are considerably fewer than normal. So, the programming has been a bigger challenge this year than before.”

He added “Nevertheless, with the support of the Galway Film Fleadh and other connections, we have been able to assemble a fantastic line-up”.

As an example, “Boiling Point” is a drama starring Stephen Graham as a chef in the high-octane world of catering: what sets this film apart is that it was shot in one take!

Another special film is “The Score” starring Will Poulter. As well as being an intriguing crime drama, it’s also a musical… It may sound crazy, but it works!

Continuing our tradition of including Gaelic-language films in the programme, there are two Irish-language dramas this year, with “Foscadh” and “Doineann” both being screened (with both EN and FR sub-titles).

We also have a strong documentary strand again this year, with no less than seven documentaries:

In collaboration with both the British Chamber (celebrating its 30th anniversary) and the Irish Chamber (celebrating its 10th anniversary), we are organising two seminars during this year’s festival. The Irish Chamber event will address “The Business of… Film Production” with Siún Ní Raghallaigh (formerly CEO at Ardmore Studios and MD at TG4) following the screening of Foscadh on Tue 20 Sep.; and the British Chamber event will see Paul Lesch speak on “Hitchcock: Actor and Performer” on Wed 21 Sep., illustrated with many film clips and stills. Open to the public via Luxembourg-ticket.lu (Chamber members should register with their chambers as receptions are included for them). And the Indian Chamber is also partnering with us for the Continuing Traditions screening.

The festival wants to show solidarity with refugees; therefore, we are organising one evening with the screening of two short films (each 30 mins), including discussions around both:

For this event, we are partnering with Kachen, Chronicle.lu (celebrating its 10th anniversary this year) and LUkraine.

Festival-goers will also have the privilege of meeting actors, directors and producers at a number of the screenings, in the form of Q&A sessions post-screenings. All Q&As this year will be done in-person.

For more detailed information on the programme, please visit www.bifilmseason.lu.

This year the Awards will feature both an Audience Award as well as an Audience Prize, with two entries winning a Magnum of Crémant from Bernard-Massard / a Hamper from Home from Home, and also a Critics’ Award, with the involvement of members of the Association Luxembourgeoise de la Presse Cinématographique (ALPC).

Tickets cost €9 per person per film, with ticketing again with Luxembourg-Ticket.lu. The popular Season Special Ticket will be available for purchase online at €35, with ticketing bundles also available (2 for €15). Tickets may also be available at the venues prior to screenings, depending on availability.

BIFFL also enjoys support from its sponsors, specifically this year when many organisations have been hit financially by the COVID-19 pandemic. We would like to especially thank our Silver Sponsor Enovos / LEO, Bronze Sponsors BGL BNP Paribas and Waystone, as well as various partners including DHL, Bernard Massard, Home from Home and the New Delhi restaurant, and our media partners: AraCityRadio, Chronicle.lu, Delano, Kachen and City Savvy Luxembourg. The festival is indebted to these organisations for their support through their commitment to supporting community and cultural events through Corporate Social Responsibility (CSR).