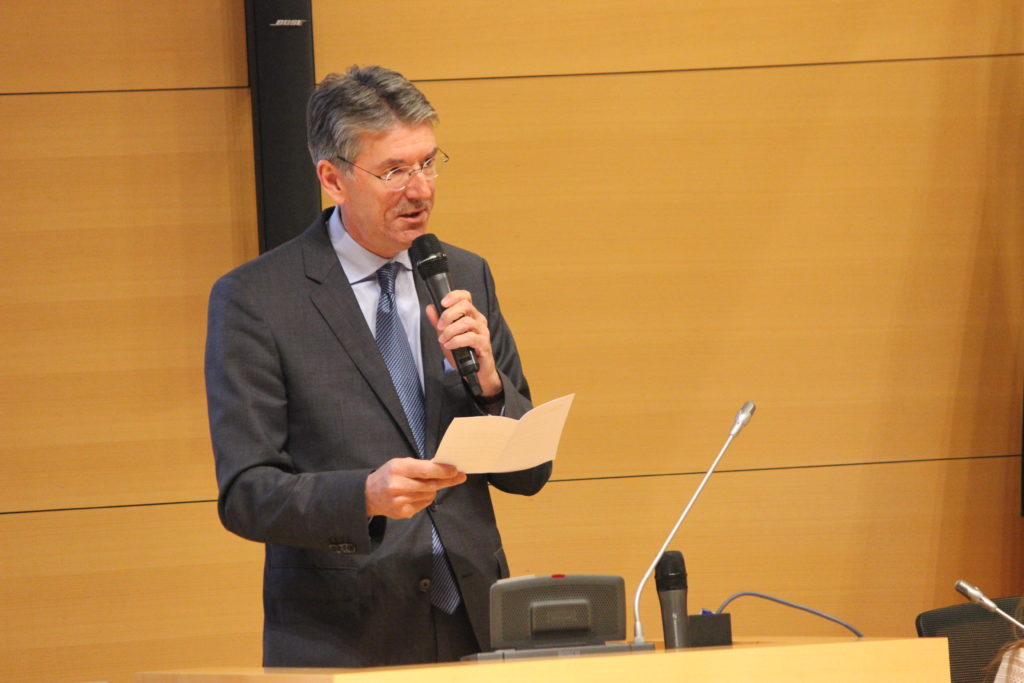 The Languages of Luxembourg  project is a web-based language learning tool that allows language learners to simultaneously study/learn either 5 or 7 languages (Luxembourgish, French, German, Portuguese, English, Arabic and Persian).  The content is presented on a dedicated website and as mobile phone applications (iPhone and Android). The project was realized with sponsorship from the Œuvre Nationale de Secours Grande–Duchesse Charlotte through the mateneen initiative. The project was launched on 5 February 2018 in the presence of Pierre Bley, President of the Œuvre Nationale de Secours Grande–Duchesse Charlotte.