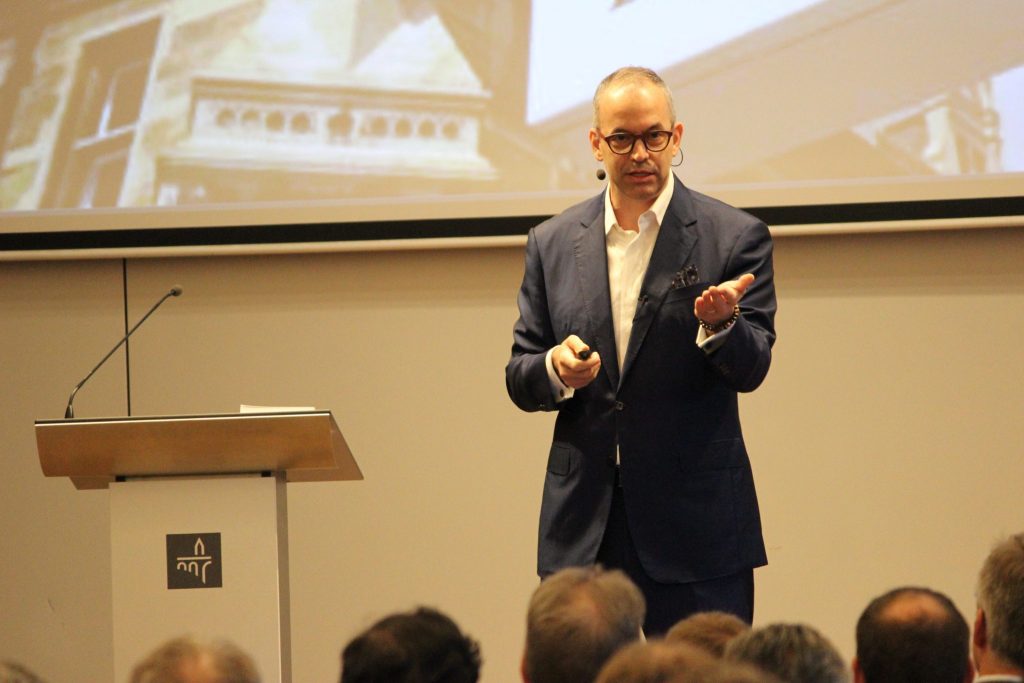 We invited you to join us and the Minister Delegate for Digitalization, Marc HANSEN , for a Digital Transformation Journey event that was held on the evening of 17 June at the Spuerkeess Banking Center “ 19 Liberte” ) as the guests of our hosts Spuerkeess and LaLux Assurances. The event was organized by a digitally focused consortium of AMCHAM, APSI, Security made in LU, and the How Institute and will feature David Goldsmith a renowned author and futurologist expert in  AI, Digital transformation leadership, and a NASA consultant working in support of the first manned moon base. We were honoured to have David share his insights with us.

As the Chronicle’s Jazmin Campbell wrote “Following an introduction by AMCHAM chairman and CEO Paul Schonenberg, the delegate Minister for Digitalisation, Marc Hansen, took the stage. Minister Hansen emphasised the efforts of the new Ministry for Digitalisation (created in 2018) and both the challenges and opportunities associated with the “digital transformation” of the Grand Duchy. He particularly highlighted the need to involve all parts of society in order for this transition to “bear fruits”.

Minister Hansen’s opening speech was followed by a presentation by special guest David Goldsmith. Based in New York and Hong Kong, David is an entrepreneur, professor and author of the successful book “Paid to Think”, who works across the globe. He began his presentation by stressing that despite the great efforts put into digitalisation by Luxembourg, the country should focus on digitising a few priority areas rather than attempting to digitise everything. In this context, he suggested a re-definition of the question to find the desired outcomes of digitalisation.

Using the examples of the transformations of Barcelona and Berlin, New York and Hong Kong in recent years, David Goldsmith stressed the strength of competition facing Luxembourg in the field of digitalisation and “Smart Cities” and recommended that the Grand Duchy use its strengths to its advantages rather than copying other cities and countries. He notably highlighted its attractiveness as a place to work and its potential to become a European hub for short stays and weekend trips, arguing that Luxembourg “is designed to redefine life in Europe”. In this regard, David reiterated the importance of focusing on digitising key areas and thus facilitating those parts of the country to which people are attracted.”

Due to the fantastic weather that evening, BCEE opened up their amazing terrace for us for cocktails!

A huge thank you to our sponsors for the event, LaLux and BCEE.